Every project of the Foundation springs from the desire and the intention to carry out, within the Catholic Church and at its service, the same collaboration and harmony hoped for by the Second Vatican Council between priests and lay people, to witness together Christ as the Light of the world.

The "Casa dello Spirito e delle Arti" Foundation is a non-profit organization where the values of the Christian faith, the need for inter-religious dialogue and the lay values that focus on the dignity of every person, collaborate to encourage and accompany the growth and development of the weakest people from all over the world.

The aim is to recover the dignity of the people involved by letting them express their talents through cultural and artistic paths and through the various projects of the Foundation, such as "Il senso del Pane" (The Meaning of Bread), that is the Eucharistic workshops where people in very fragile state and all around the world have the opportunity to work.

"Casa dello Spirito e delle Arti" is supported by a network of artists and personalities of high cultural and religious profile who identify themselves in the mission of the Foundation, i.e. to allow every human soul, without distinction, to marvelously fulfill itself by participating in its contemplation and its composition. 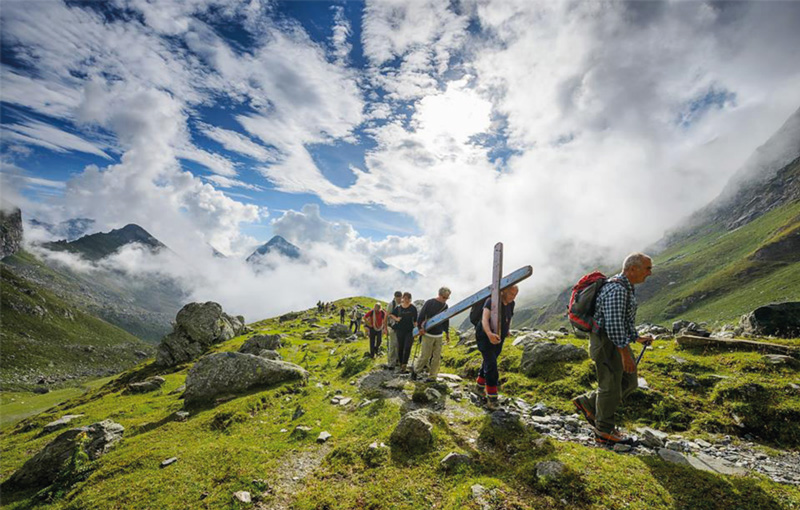 HISTORY OF THE FOUNDATION

Arnoldo Mosca Mondadori and Marisa Baldoni have long been involved in social projects.

In 2006 , with Amani Onlus Ong, they took care of "Piccolo Fratello", a multimedia project that allowed the construction of a first reception center for one hundred street children and a training center for educators in the Kibera slum in Nairobi, Kenya.

In 2008 they helped to develop and promote the construction of the "Porta di Lampedusa - Gateway to Europe" , the work of Mimmo Paladino that since then has welcomed migrants on the Sicilian island, remembering the shipwrecked people who disappeared in the abysses.

In 2010 they curated "Sulla strada della musica" , a musical path created in collaboration with the Giuseppe Verdi Conservatory of Music in Milan and MIUR which involved Romani children from the Milanese suburbs. 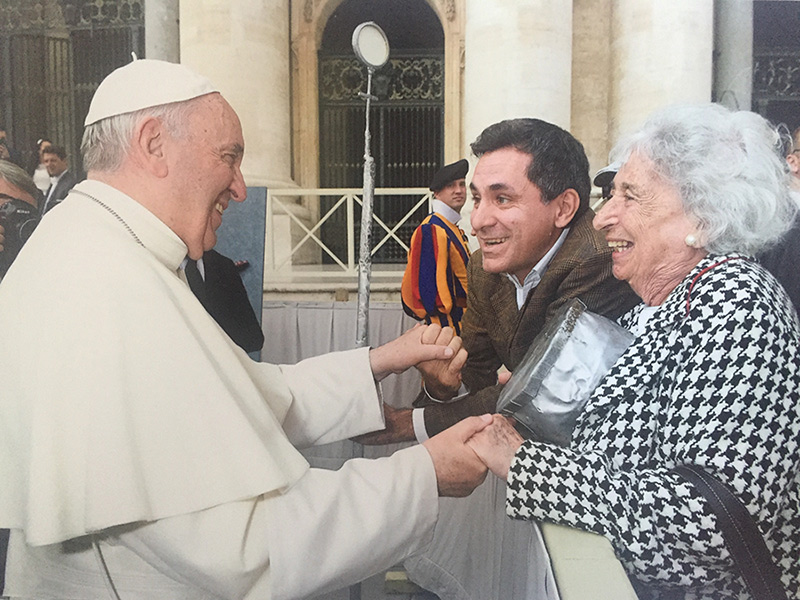 In 2012, with the aim of taking advantage of the experience previously gained and of using it within a more complex structure where to meet new ideas and professionalism, Arnoldo Mosca Mondadori and Marisa Baldoni gave birth to the Casa dello Spirito e delle Arti non-profit organization.

The Foundation, that has been joined since 2018 by the Casa dello Spirito e delle Arti Cooperative, has now become a platform widely recognized at an international level that takes up today the challenge of making increasingly efficient, in terms of sustainability, ideas and projects - already implemented or in progress -  that affect the world of imprisonment, migrants, young and marginalized people, by professionalising the same beneficiaries of the initiatives and by developing intervention models where the concept of cost is replaced by that of investment. At the heart of every project of the Foundation and the Cooperative is the attention to each person involved, to his or her dignity, to his or her path of life.

On January 5, 2018, the project of the Casa dello Spirito e delle Arti Foundation was blessed by Pope Francis, who defined the various projects of the Foundation as a single project of mercy. 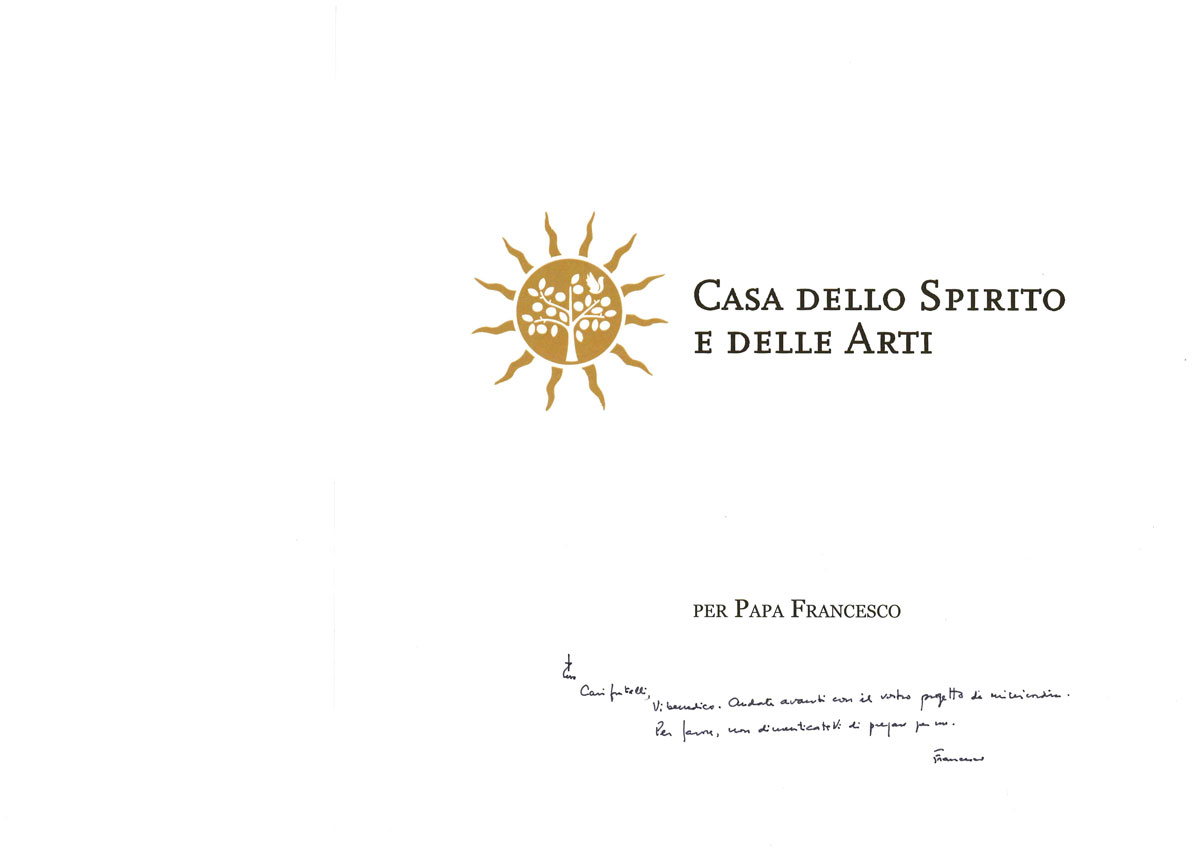 I bless you. Go ahead with your plan of mercy.

Please don't forget to pray for me.