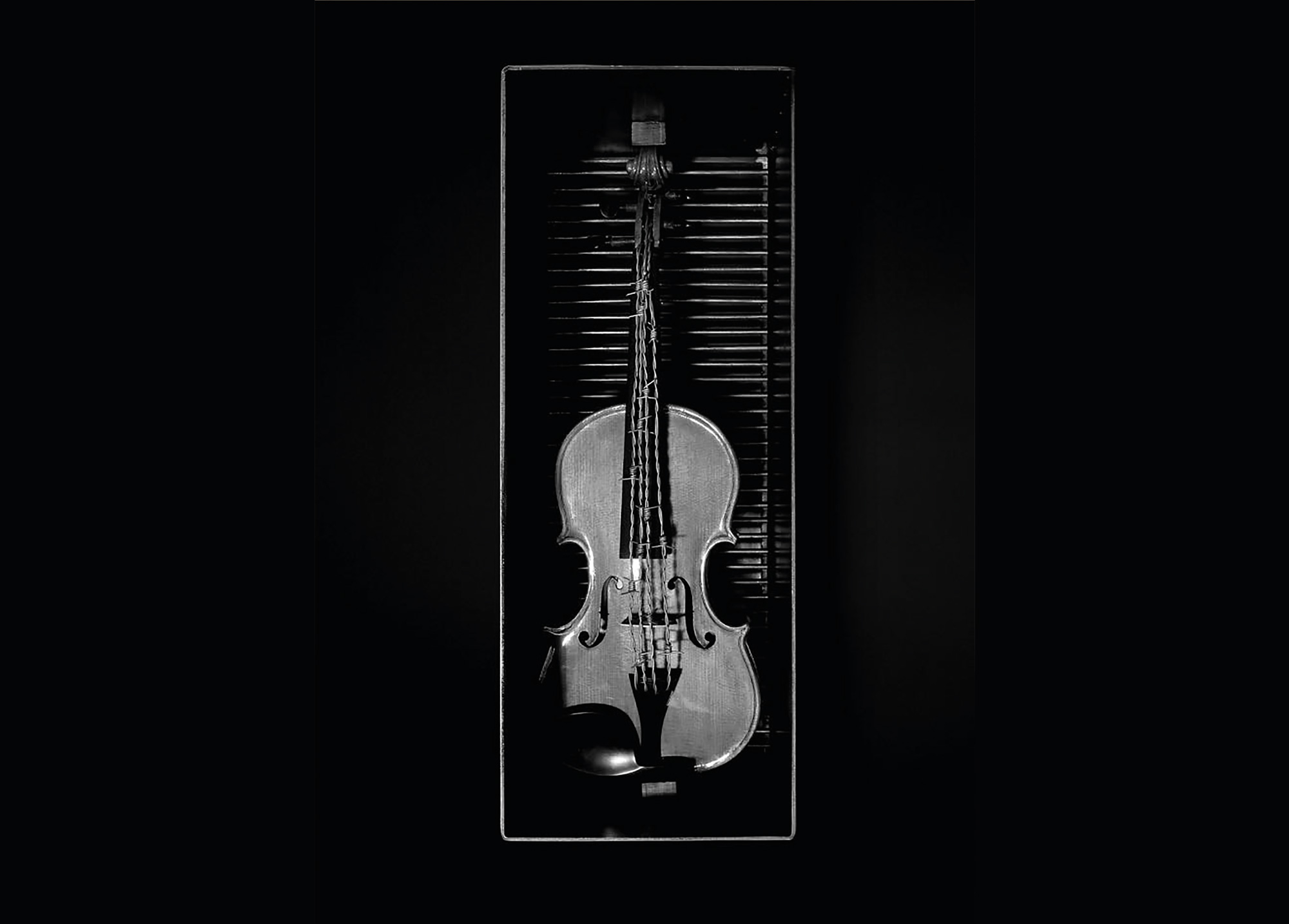 The Journey of Kounellis' violin

An itinerant sign to reflect on the theme of imprisonment. Jannis Kounellis, who passed away on 16 February 2017, at the invitation of the prison director, Giacinto Siciliano, and Arnoldo Mosca Mondadori, personally visited the Liuteria laboratory of the Milan-Opera Prison.

Inspired by this meeting, he conceived one of his latest works, using one of the violins built by the prisoners, which he donated to the Fondazione Casa dello Spirito e delle Arti , architect of the violin making project. The violin was conceived as a traveling sign to reflect, on a personal and institutional level, on the theme of imprisonment and on the rights of prisoners , in Italy and in the world. The opera was born in six hands, together with a writing by the poet Daniele Pieroni and the music "Il violino di Kounellis" written by the musician and composer Carlo Crivelli .

Below you can listen to the song.

During the meeting, enriched by the testimonies of Carlo Crivelli, Damiano Kounellis, Arnoldo Mosca Mondadori, Daniele Pieroni, Mario Pieroni and Giacinto Siciliano, the volume that collects the entire project was presented. The publication, Di Paolo Edizioni, contains the manifesto of Kounellis' work, the score by Crivelli dedicated to the artist and a writing by the poet Daniele Pieroni. The book will be distributed in prisons in Italy and worldwide, as well as in schools and cultural centers.

The event ended with the world premiere performance of the piece by Maestro Carlo Crivelli: Kounellis' Violin, for 4 violins and string orchestra of the Bruno Maderna Conservatory of Cesena.

Jannis Kounellis' violin, a work donated by the artist to the Fondazione Casa dello Spirito e delle Arti in Milan, was born with a mission: to travel the world. To show oneself as the bearer of a profound message and above all the vehicle of a message of freedom, of the possibility that finds its way and its shape from an initial condition of impossibility. In a prison enclosure, (the violin was made in the violin school of the Opera prison) music can represent an expression of freedom.

This is the meaning of the journey to Stockholm, where the violin, accompanied by the music that Carlo Crivelli composed for Kounellis, is presented in a place, the Italian Cultural Institute, which is itself a representation of the free creativity of a master of architecture and design: Gio Ponti. A place where culture was illuminated by the sensitivity of a humanist engineer, Maurilio Lerici, who wanted this building as a symbol of a civilization of living that places the idea of ​​culture at the center as a place of exchange and comparison. The event will take place in the auditorium created in collaboration with Pier Luigi Nervi. A space in which art and science of construction meet in an extraordinary union where elegance, fantasy and technical accuracy produce an architectural result of the highest quality.

The city itself is a place of recognition of the excellence of research that needs freedom to be able to express and realize itself. The award, wanted by Alfred Nobel, was established just as a stimulus for an investigation without barriers and prejudices whatsoever and was intended for "those who, in the previous year, have most contributed to the well-being of humanity. It is my express wish that when the awards are awarded, no account is taken of the nationality of the candidates, whether the best, whether Scandinavian or otherwise, will be awarded "(Alfred Nobel).

In a place that is a symbol of openness towards innovation and towards the future, the violin of Jannis Kounellis, closed in its iron case, claustrophobic like a prison cell, is the symbol of imprisonments but also of the freedoms that they can to be born. Daniele Pieroni's writings, in the accompanying catalog, also support the sense of this ability to catch a light even in the grave and profound silence of one's pain.