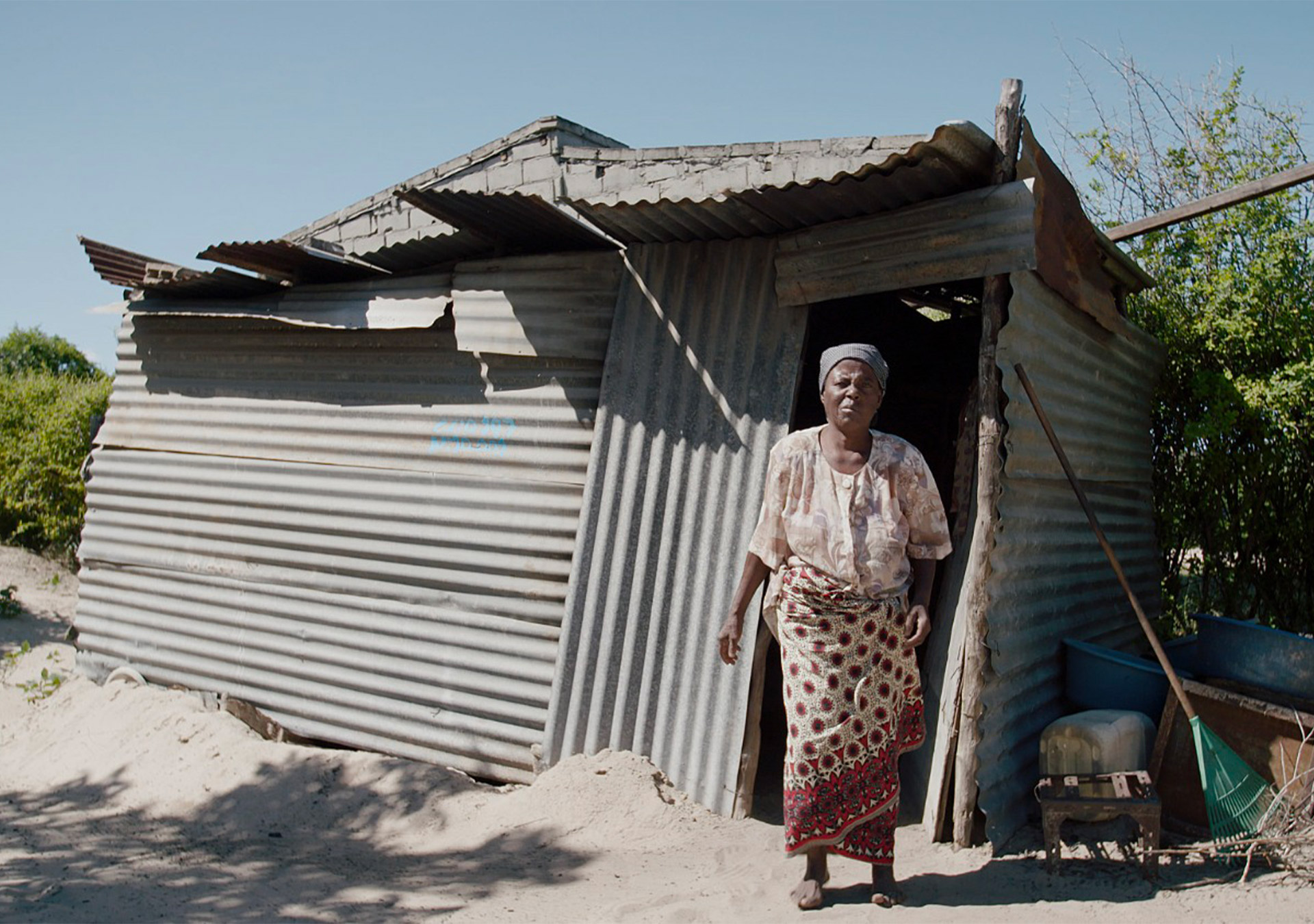 From Metal Sheets to Bricks

Metal sheets are turned into precious goblets, so that wealth springs from poverty.

Father Antonio Perretta, who directs the Casa da Misericòrdia in Maputo (Mozambique), writes to us as follows:

«“If this is a man!”: Primo Levi's lapidary words are echoing in my heart and in my mind after visiting some houses (hovels) of the poor brothers who benefit from the weekly meal in the Casa della Misericordia (House of Mercy). Above all, Donna Gertrude's house got my attention: two meters by four; sand floor, walls of very old and tired metal sheets; roof of rusted metal sheets pierced by the scorching sun; a mat and an old bed. Four lopsided pieces of metal sheets and plastic fragments as shower. 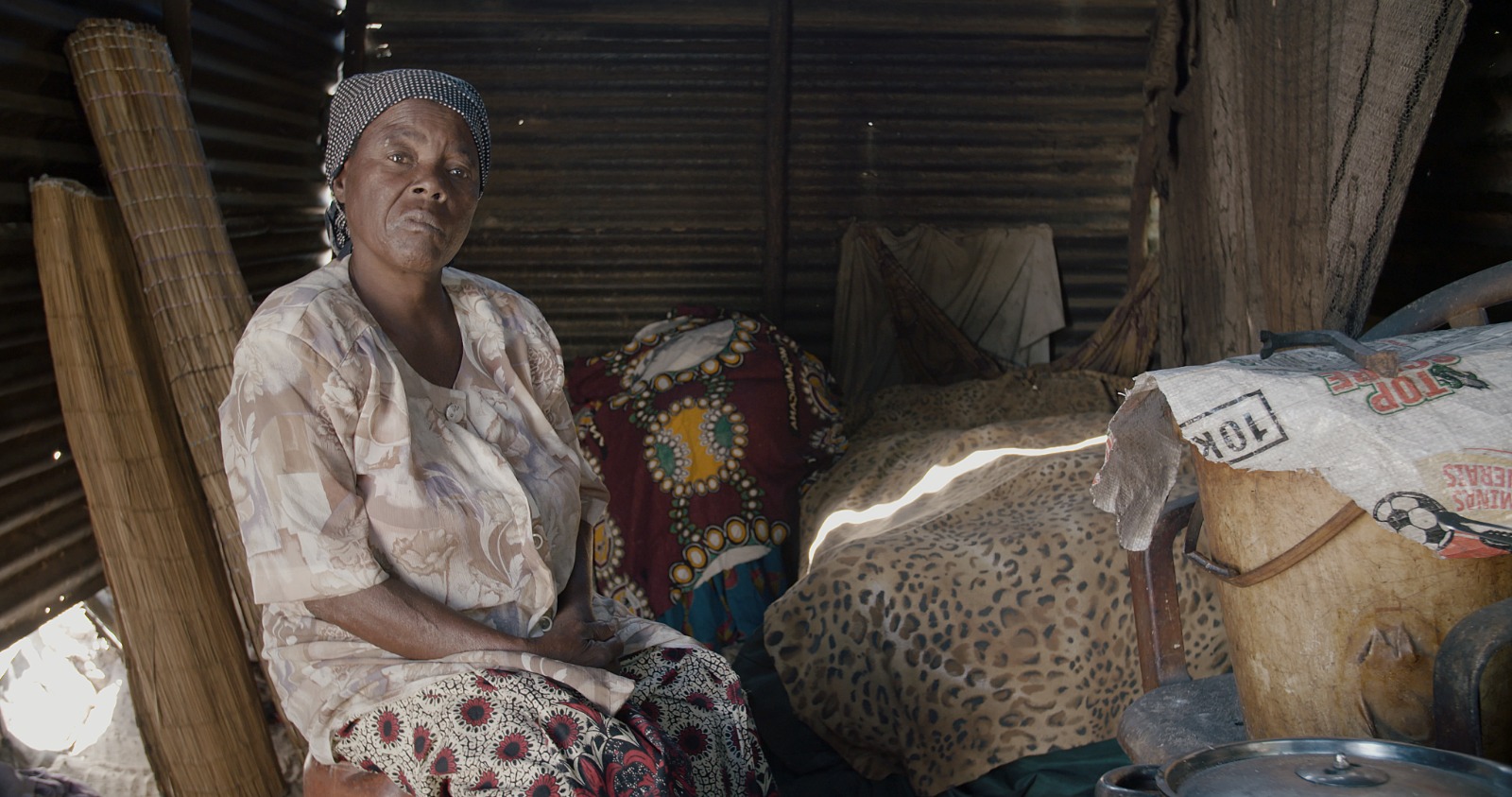 … And where's the toilet? In the bare sand in which she and her son dig one hole after another every day...

If this is a man! Yet yes, these are men and women of our times, impoverished and abandoned by the globalization of indifference that now exists everywhere...even in Mozambique.».

From this and other meetings the idea of ​​the project “From Metal Sheets to Bricks” was born.

In collaboration with the Casa dello Spirito e delle Arti Foundation, the possibility of dreaming of simple brick houses instead of worn-out shacks has arisen. 10 brick houses have been constructed so far.

What to do then with the old metal sheets of the hovels then? Why not transforming them, with Spirit and Art, into eucharistic goblets, in perpetual memory of that living and poor Jesus who for years has been living under those metal sheets. An admirable exchange: the love of Jesus, perceived in the fraternal charity, builds brick houses for the impoverished and the humility of the "Eucharistic Jesus" perpetuates, in the crumbling pieces of metal sheets artistically transformed, the Presence of him in the midst of men.

Just as the prologue of the Gospel of St. John explains: «The Word became flesh and made His dwelling among us. (1:14)»... even in the houses on the sand!

Father Antonio Perretta sends the old metal sheets to our Foundation, sheets that the Foundation has decided to transform into precious goblets that are concretely made by the artist Giovanni Manfredini.

The chalice below, made with the sheets of Mrs. Gertrude's house, was donated to Pope Francis who personally celebrated Holy Mass with the chalice. 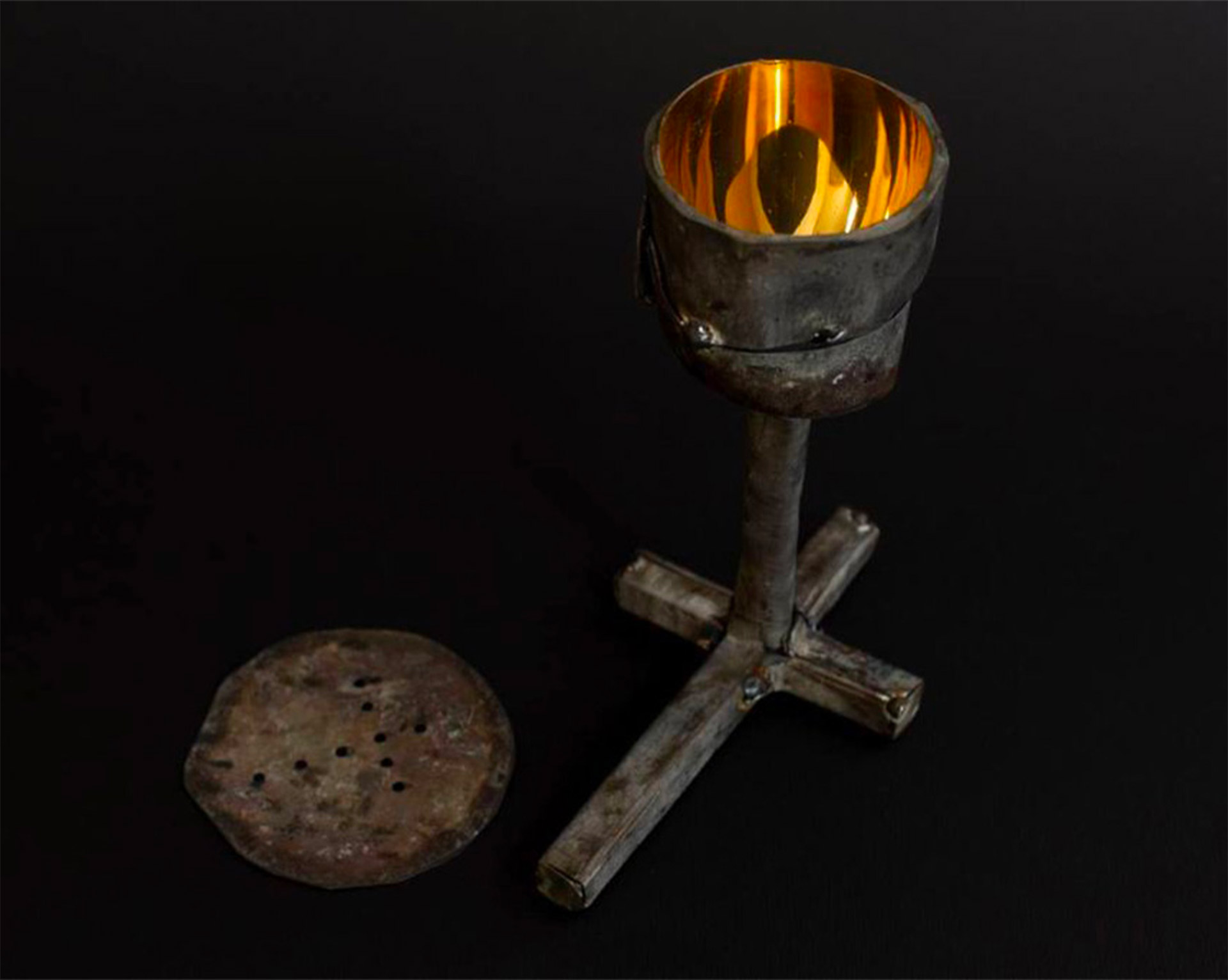 Father Perretta reads the letter from Pope Francis to Gertrude

Here are the pictures of the construction of the first brick houses and the touching delivery of the keys. 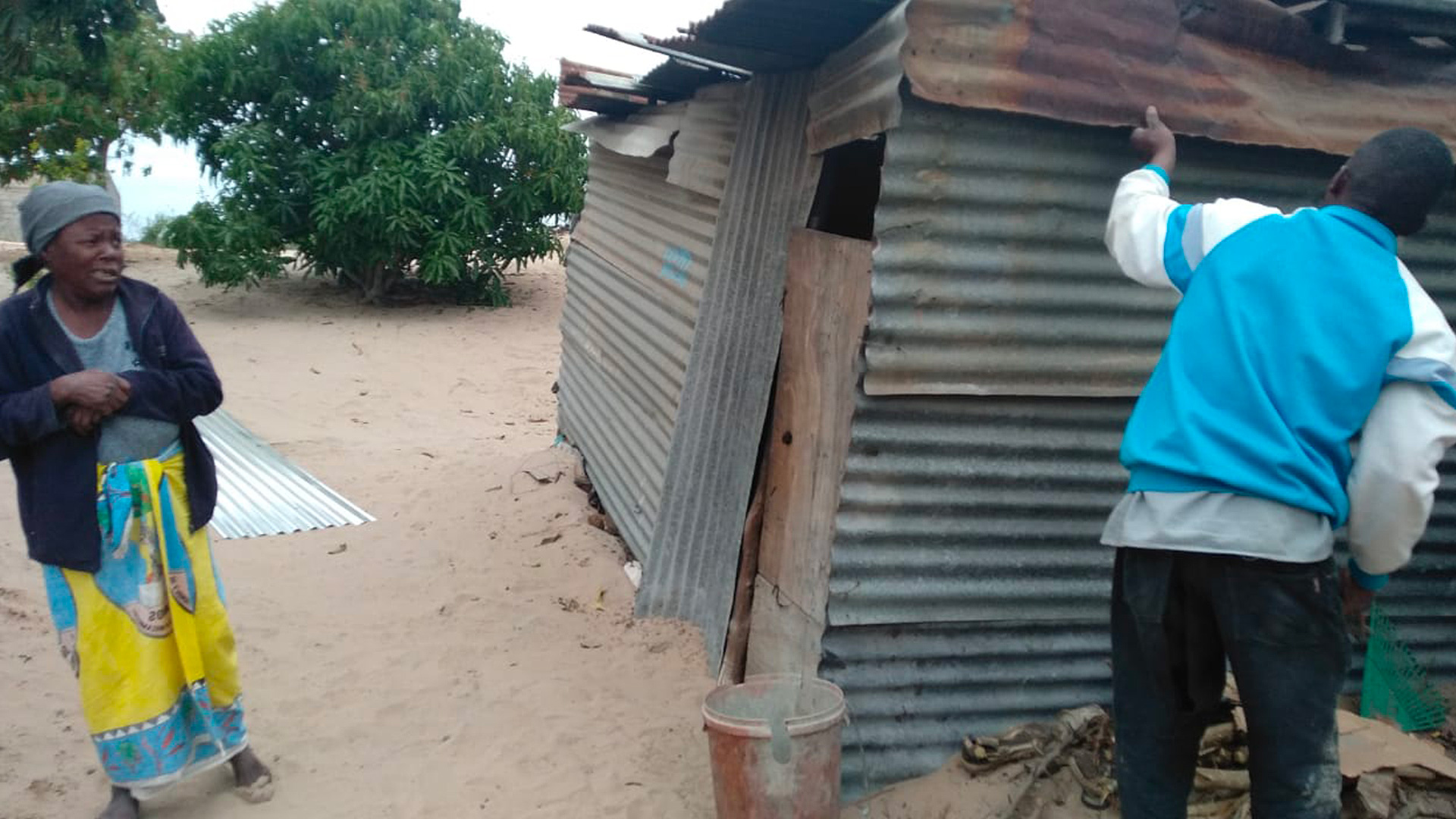 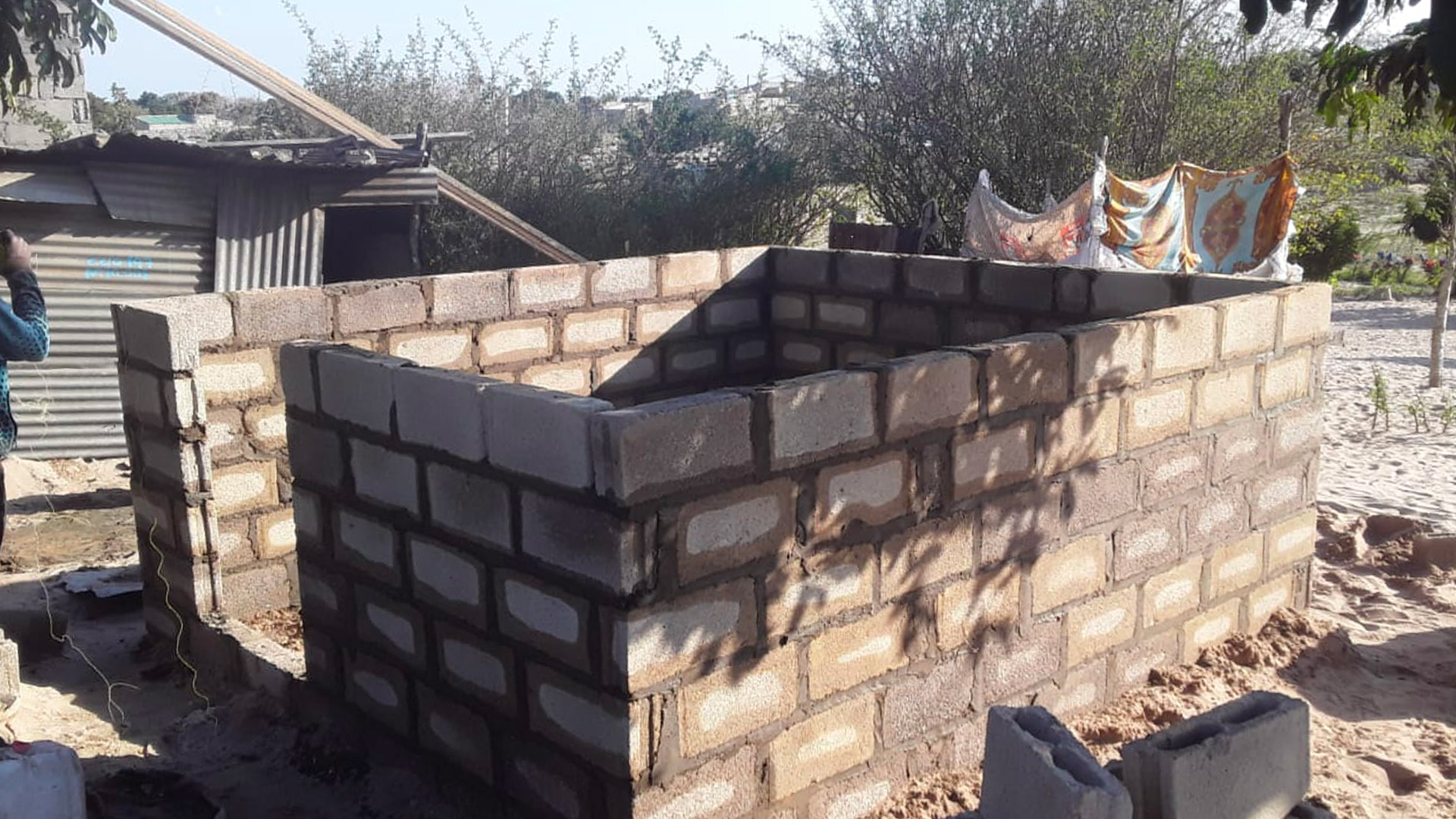 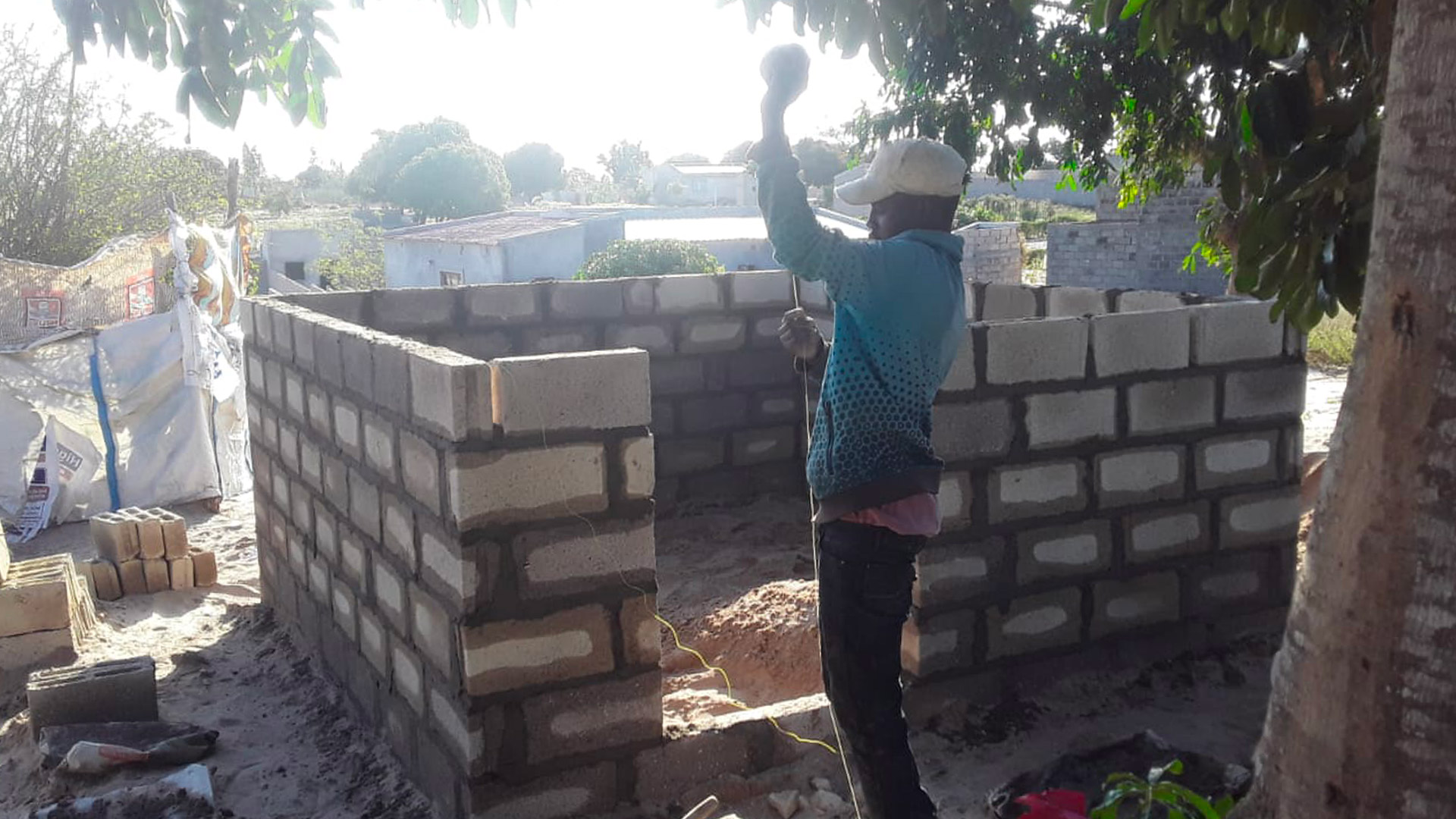 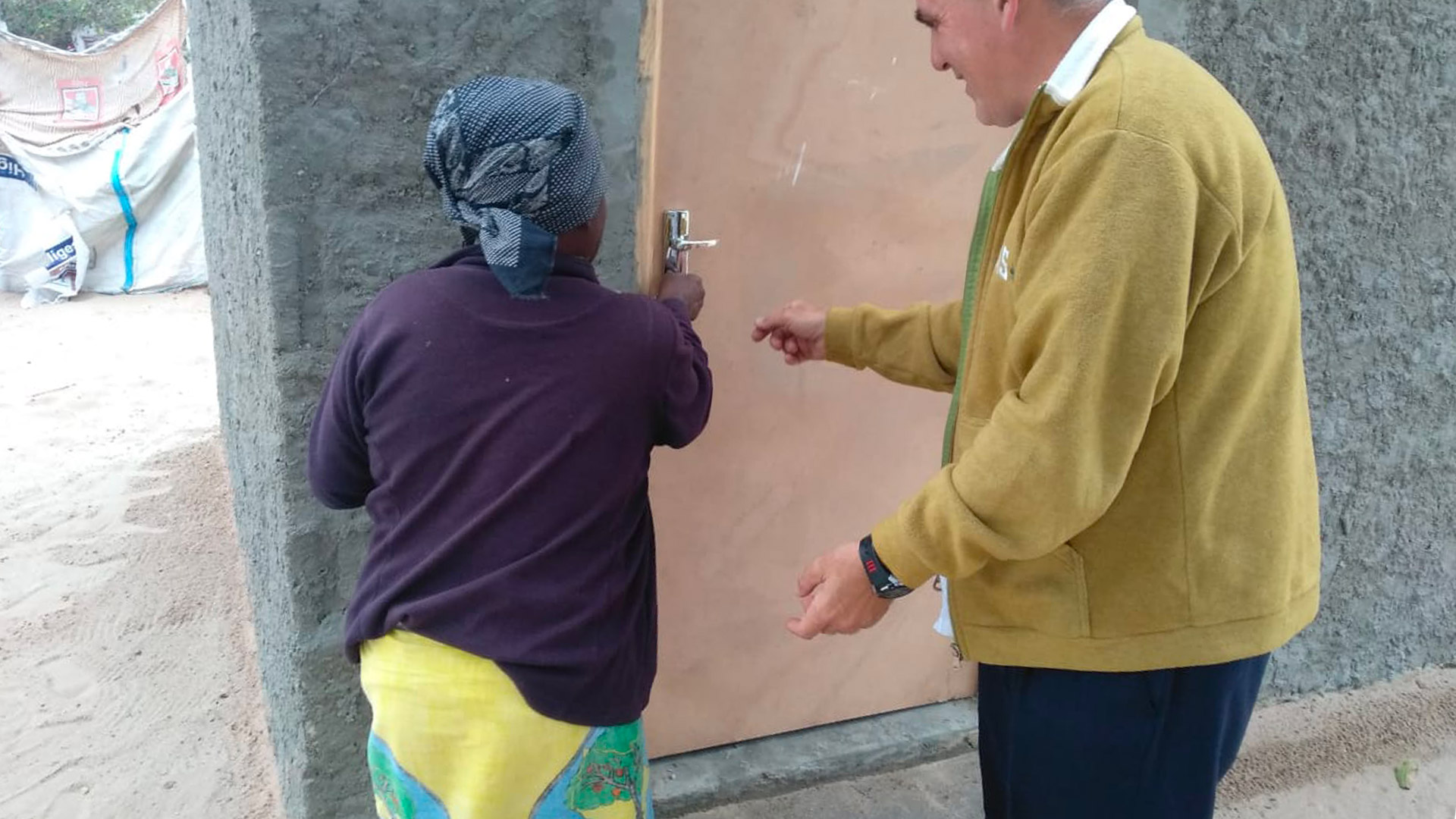 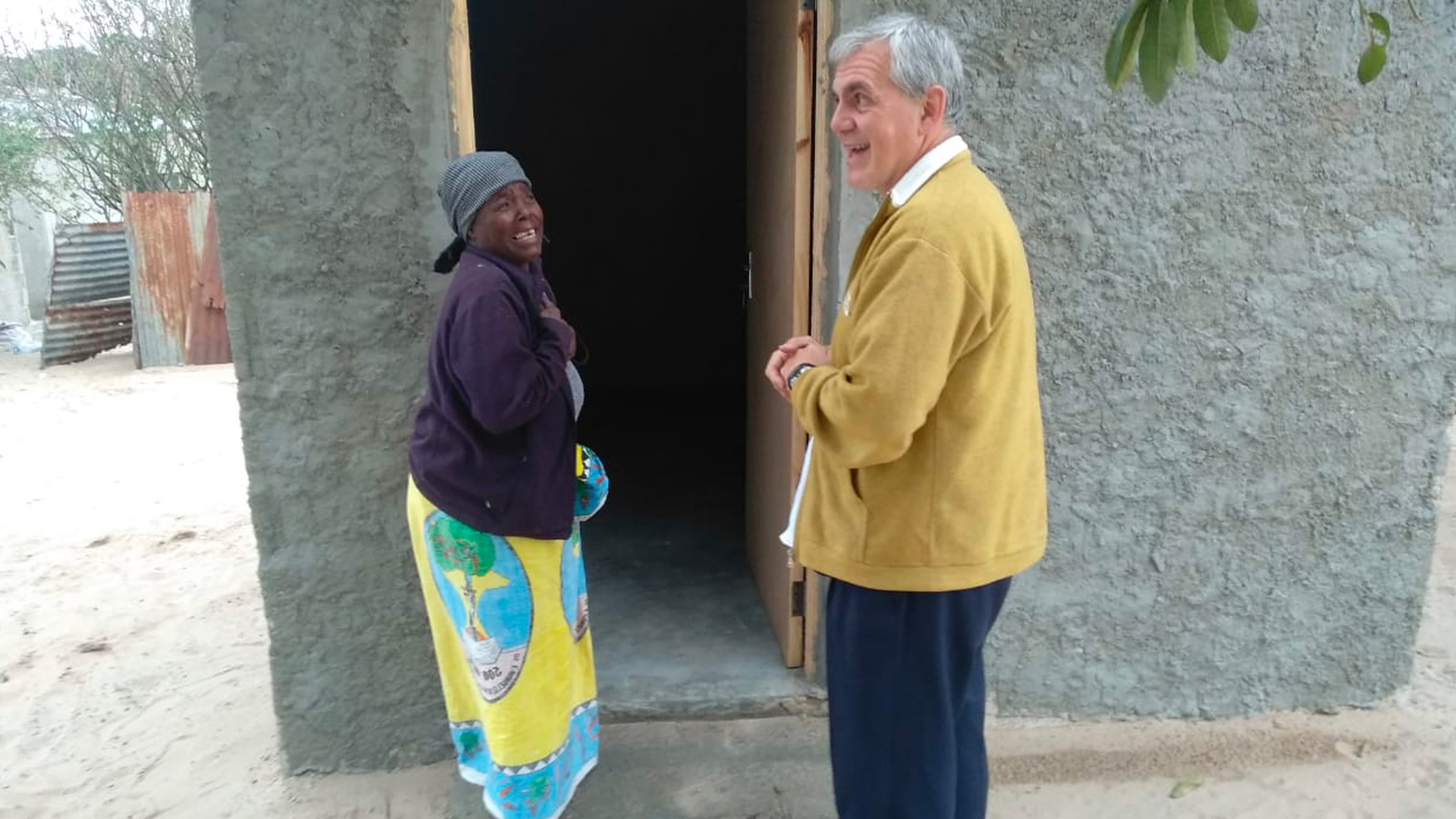 In the following videos Father Antonio Perretta is blessing one of the first houses rebuilt in bricks, before handing over the keys to its rightful owner, Gertrude.

God has offered a brick house to Gertrude and she, in return, with her poor metal sheets, has offered the raw material to make a chalice, where Jesus gives himself again as a sacrifice for the salvation of all men. Mysterious and wonderful exchange of love between the poor and God! The first three houses were assigned to three elderly women and widows who used to live in a state of severe decay and neglect. Here are their names: Gertrude Moiane, Laura Vilanculos, Carlotta Mulhote.

Here is the document (link) in which Father Perretta presents the details of the project "From Metal Sheets to Bricks" that was born in a context of great conflicts and serious emergency. In this difficult context he also tells the stories of 3 elderly and lonely widows whose dignity has finally restored, through the restitution of a dignified shelter.

what can you do

Thanks to your support, we will keep building houses for poor people in Mozambique